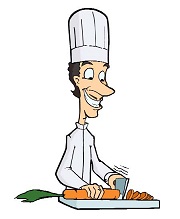 Including something new in your food doesn’t always add up to more, at least when it comes to your health. Many studies that test the safety of additives are based on animal trials so it is difficult to tell what they will do to your health, though many of these studies show that the additives could be harmful.

Butylated hydroxyanisole and butylated hydrozyttoluene are additives that are used to preserve common household foods. Both keep fats and oils from going rancid and are found in cereals, chewing gum, potato chips, and vegetable oils. These substances are oxidants, and anything that oxidizes or reduces a substance, changes the chemical structure. Some of them oxidize to form these compounds that react in your body and they’re just not stable.

Propyl gallate is another preservative to avoid, and is used to prevent fats and oils from spoiling and is often used in conjunction with BHA and BHT. This additive is sometimes found in meat products, chicken soup base, and chewing gum. Propyl gallate has not been proven to cause cancer, but studies done on animals have suggested that it could be linked to cancer, so it is an additive to be concerned about. It’s important to read the label, and try to buy as few foods as possible containing preservatives.

Monosodium glutamate is an amino acid used as a flavour enhancer in soups, salad dressings, chips, frozen entrees, and restaurant food. It is commonly associated with Asian foods and flavourings. MSG can cause headaches and nausea in some people, and animal studies link it to damaging nerve cells in the brains of infant mice. You can live without it. It is a flavour enhancer, but you’d be better off putting in a few grains of salt.

Hydrogenated vegetable oil, also called partially hydrogenated vegetable oil and commonly known as Trans fat.  Trans fats are proven to cause heart disease, and make conditions perfect for stroke, heart attack, kidney failure, and limb loss due to vascular disease. Experts recommend you consume no more than 2 grams of Trans fat per day, an amount easily reached if you eat meat and dairy.

Aspartame, also known by the brand names Nutrasweet and Equal, is an additive found in so-called diet foods such as low-calorie desserts, gelatins, drink mixes, and soft drinks. It also comes in individual packages used to replace sugar as a sweetener. Aspartame is a combination of two amino acids and methanol that may cause cancer or neurological problems, such as dizziness or hallucinations

This is a relatively new artificial sweetener, approved by the U.S. Food and Drug Administration in 1998 for use in soft drinks. It is also found in baked goods, chewing gum, and gelatin desserts. Acesulfame-K, the “K” is the chemistry symbol for potassium is considered 200 times sweeter than sugar.  Further testing is needed to conclude whether or not acesulfame-K is harmful or safe.

You may have thought all dangerous artificial food colorings were banned by the FDA long ago, but there are five still on the market that are linked with cancer in animal testing. Always opt for a product without the color, if you have a choice.  I’m not saying to avoid all coloring. Many are made from natural sources. But some specific dye colors do promote tumour formation, in the right combination and conditions. Blue 1 and 2, found in beverages, candy, baked goods and pet food are considered low risk but have been linked to cancer in mice. Red 3, used to dye cherries, fruit cocktail, candy, and baked goods, has been shown to cause thyroid tumours in rats. Green 3, added to candy and beverages, though rarely used, has been linked to bladder cancer. Studies have linked the widely used yellow 6, added to beverages, sausage, gelatin, baked goods, and candy to tumours of the adrenal gland and kidney.

Olestra is a synthetic fat known by the brand name Olean and found in some potato chip brands and prevents fat from getting absorbed in your digestive system. This often leads to severe diarrhea, abdominal cramps, and gas. If you eat fat when taking Olestra, the fat goes right through you. Olestra also inhibits healthy vitamin absorption from fat soluble carotenoids that are found in fruits and vegetables and thought to reduce the risk of cancer and heart disease. It blocks fat absorption, but it also blocks vitamin absorption.

Potassium bromate is rare, but still legal in the U.S., and used as an additive to increase volume in white flour, breads, and rolls. Most bromate rapidly breaks down to harmless form, but it is known to cause cancer in animals and even small amounts in bread can create a risk to you. California requires a cancer warning on the product label if Potassium bromate is an ingredient.

Some foods, such as fruits and carrots, naturally contain sugar, but watch out for foods with added sugars, such as baked goods, cereals, crackers, even sauces and many other processed foods. Although sugar is non toxic, large amounts are unsafe for your health and promote bad nutrition.  Simple sugars shouldn’t take up more than 10 percent of the total calories you consume daily, however we you are eating way over that amount, consuming 20, 30, or 40 percent of your calories from simple sugars. Too much sugar not only leads to problems with weight control, tooth decay and blood sugar levels in diabetics, it also replaces good nutrition.  In addition to providing unnecessary calories, your body needs nutrients to metabolize sugar, so it robs your body of valuable vitamins and minerals.

A dash of sodium chloride, more commonly known as salt, can certainly bring flavor to your meal. But salt is another hidden food additive that can lead to health issues. Small amounts of salt are needed by your body and are beneficial in preserving food. Excessive amounts of salt can become dangerous for your health, affecting cardiovascular function, leading to high blood pressure, heart attack, stroke, and kidney failure.