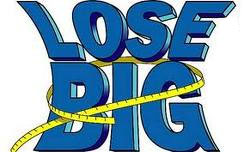 The following article is a small excerpt from one of my books. I hope you’ll want to learn more and let me help you to get into the best shape of your life.

Major, life-altering changes, are brought about not by dieting, but by making simple small changes. Here are seven simple trades that  will save you at least 700 calories. Do this once a day and you could lose 73 pounds in a year, minimum!

So look in the mirror. Do you look exactly the way you’d like? !

Savings: 730 calories
While these are both double-patty burgers with cheese, Sonic’s version weighs in nearly twice as heavy. That might sound like a bargain until you realize that it contains far more than twice as many calories. The Big Mac relies on thinner cuts of beef and uses far less sauce, making it a reasonable way to fill your double-burger craving. New research shows that your weight is determined by more than just which foods you put in your mouth—how you eat plays an important role too.

Savings: 705 calories
P.F. Chang’s lets the sodium-saturated sauces rain down upon most of its dishes. This is one of the worst. It contains more than two days’ worth of the salty stuff—not to mention eight times the fat of Panda Express’ version.

Health Myth: Sea salt is not lower in sodium than table salt, nor is it more natural or healthier.

Savings: 723 calories
California Pizza Kitchen’s salad menu is, for the most part, a dangerous spot, but the Chinese Chicken option steers clear of trouble with a nutrient-rich blend of cabbage, lettuce, carrots, scallions, and cilantro. Topped with grilled chicken, this veggie-heavy meal is far superior to Applebee’s version. The “Neighborhood Bar & Grill” tosses its lettuce with crispy noodles—read: dipped in fattening oil—that not only add in a deadly level of trans fats, but also deliver an extra 20 grams of carbohydrates. Just watch your sodium intake the rest of the day. CPK has never met a salt shaker it didn’t vigorously shake.

Savings: 810 calories
It’s tough to tell exactly where The Cheesecake Factory’s extra calories come from. The chain doesn’t provide ingredient lists. But this selection probably suffers from the same problems as the rest of the menu: excessive use of cheap oils and butter. Olive Garden bakes its crusted tilapia and plates the fish with vegetables, shaving nearly two days’ worth of saturated fat off the Factory’s numbers.

Savings: 1,180 calories
Few appetizers work as hard as guacamole. The avocados from which it’s made are packed with hunger-blunting fiber and heart-healthy fats. Chili’s Spinach & Artichoke dip, on the other hand, consists of mostly cream, cheese, and butter. Don’t let the name fool you into thinking it’s healthy.

Savings: 1,220 calories
It’s not like Pizza Hut’s Personal Pan Pizzas are to be idolized, but compared to Uno’s deep-dish offerings, they’re paragons of nutrition. The big difference is in the depth of the crust. Pizza Hut’s is reasonable, whereas Uno’s can double as a mattress.

Savings: 850 calories
It’s not hard to see the difference in these two Mexican dishes. Chipotle combines grilled chicken, fresh salsa, and a little cheese inside a corn shell. Simple. Chili’s, on the other hand, fries its chicken, doubles up on cheese, tosses in some bacon, and drizzles thick ranch dressing on top. That doesn’t do your body any favors.